Interview: Eric Seufert on the State of the App Economy 2017. 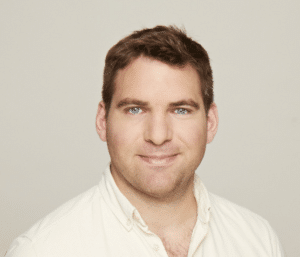 Eric Seufert knows how to acquire users for Apps and how to monetize them. He has spent time heading up the marketing activities for the biggest mobile game publishers in the industry, such as Rovio (Angry Birds) and Wooga (Jelly Splash). Eric is the author of a widely read book on the “Freemium” business model and also runs his blog MobileDevMemo. Most recently, he founded mobile marketing agency Heracles and a user acquisition analytics platform called Agamemnon, that is currently in closed beta. Ahead of his much anticipated talk about the State of the App Economy at Online Marketing Rockstars Festival (March 2nd & 3rd, Hamburg/Germany), we spoke with Eric on today’s challenges in the Business of Apps.

mobilbranche.de: At Online Marketing Rockstars Festival, you’ll talk about the State of the App Economy. Can you give us a brief outlook on this?

Eric Seufert: I think developers have a lot of things to be optimistic about in 2017. A few weeks ago, I wrote a blog post called The Mobile Gold Rush is Not Over n which I outlined some of the trends in mobile that should be really encouraging for developers, even small developers: revenues generated on mobile continue to climb (the App Store posted its best-ever day on January 1st this year with $240MM in transactions. Its previous best day was just more than one month earlier), travel bookings are increasingly moving to mobile, mobile is capturing a larger share of online commerce each year, etc.

For developers with a compelling product, a highly skilled team, a strategy that exploits some of the secular digital shifts from which mobile benefits (eg. advertising dollar moving from TV to mobile video), 2017 is a very exciting time.

mobilbranche.de: What’s the best way to promote an App today, with around 2 Million competing Apps in the market?

Eric Seufert: The best way is the most boring way: to build a robust analysis infrastructure to measure marketing ROI and then experiment with many channels until a set is built that can scale the app to millions of daily active users. Of course, this also assumes that the product and marketing teams are coordinating their efforts to build products that people actually want to use and can spend money on.

That’s really important, and I think it’s a point that’s missed by many mobile developers: they build a product, hand it to marketing, and then the two functions work in an adversarial relationship when the app can’t be scaled. Apps can’t be built in a vacuum; as you said, there are so many free apps competing for attention in the app economy, and discovery is limited so myopically, that “marketing” really needs to precede development on mobile. The marketing team needs to understand who the product’s core users are, how big that market is, and how much money those people can feasibly spend before the development team commits a single line of code.

There’s a fundamental difference in discovery / distribution on the desktop web and in the app economy, and many developers ignore that difference. You have to build an app that works within the parameters of discovery on the app economy in order to be successful; you can’t depend on search or organic discovery in the same way that you can for desktop web products. The app download and the app store funnels have a massive impact in how apps are adopted, and this creates a functional and practical distinction between building & marketing desktop web products versus apps.

mobilbranche.de: A lot of publishers still focus on Mobile Advertising campaigns to acquire their users. Which role do other ways of marketing like Influencer Marketing, TV or Out of Home play in User Acquisition for Apps?

Eric Seufert: Out of Home, TV, and influencer marketing channels have always existed for app developers — what’s changing is that these vendors are finding ways to wrap these channels in some form of analytical trackability to make them competitive with direct response ads.

As a marketer, I don’t have a format or composition bias — if TV works better than direct response, so be it. The problem is that the non-direct response channels generally aren’t targetable: they are the equivalent of running campaigns on Facebook with no targeting. There’s no way for the vendors that sell most non-direct response advertising inventory to optimize those campaigns against some sort of success metric for apps (like installs or revenue). For direct response ads, I can ping the networks with in-app events that help them tune their targeting parameters to the users that actually spend money.

The same can be done for non-direct response marketing, but the onus is on the vendors to build that functionality. And some are: some companies are building probabilistic models to actually tie their campaigns to performance, which then renders those campaigns capable of being optimized. That’s a positive development that I see in that side of the marketing landscape: some of the people in the non-direct realm of marketing are realizing that they’re not going to get my money unless they offer me something that’s at least comparable on a performance basis with what I can very easily get from direct response channels.

mobilbranche.de: What’s the biggest challenge for App Publishers in 2017: Is it still User Acquisition? Or is it ASO or Retention/Engagement? Or something else?

Eric Seufert: I think it’s probably hiring. If a developer has an app that works — that is, it’s relevant and interesting for a large audience and monetizes effectively — then it’s not really that hard for the developer to spend in the hundreds of thousands of dollars per month in direct response advertising on that app, profitably, with just one or two people on the UA team.

mobilbranche.de: With Chatbots, Voice Assistants and Artificial Intelligence rising, some Professionals already say that Apps will be dead soon. What do you think?

Eric Seufert: I think that idea is, frankly, ridiculous. There’s nothing to suggest that apps won’t be the most common way that people consume content and engage socially on their smartphones for years to come. I’m not convinced that we’ll see people speaking outloud into their phones in public anytime soon as a means of consuming content.

Also, the term AI has been abstracted to the point that it has become meaningless. AI / ML — that is, algorithmically parsing data in a way that mimics how humans would — can just as easily be integrated into an app as a voice assistant. I’m not sure why someone would rather yell at their phone to find a nearby lunch venue based on their preferences and past behavior than simply tap the screen in an app.

mobilbranche.de: Thank you very much and enjoy your visit to Online Marketing Rockstars Festival, Eric!

Eine Antwort zu “Interview: Eric Seufert on the State of the App Economy 2017.”